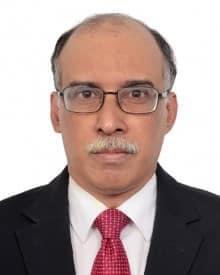 I welcome you all to the official website of the Embassy of the People’s Republic of Bangladesh in Moscow, Russian Federation. Whether you are a Bangladeshi looking to expand into the growing Russian market or in need of passport or consular assistance, we are here to help you. For our Russian friends willing to do business or planning to invest in Bangladesh, we look forward to hearing from you. I hope that the information provided in this website will help you to learn about the services offered by our Embassy and our country’s close partnership with the Russian Federation.

The relation between Bangladesh and the Russian Federation is significant and historic. Formal diplomatic relations between the two countries were established on January 25, 1972. But the foundation of that friendship had been laid even before that. The then Union of the Soviet Socialist Republics (USSR) extended invaluable support to Bangladesh during our War of Independence in 1971. After the liberation, the Soviet Union extended its helping hand to Bangladesh in reviving its economy. Of great importance was the mine-sweeping operation in the Chittagong port conducted by Special Expedition-12 of the Soviet Navy in 1972-1974.

Father of the Nation Bangabandhu Sheikh Mujibur Rahman visited Moscow in 1972 and thus laid the foundation of a great historic and brotherly relations between the two countries. During the visit of Bangabandhu, an inter-governmental agreement on economic and technical cooperation, trade representation, cultural, education and scientific cooperation was signed.

The cooperation between Russia and Bangladesh has always been comprehensive and has been developing in a wide range of spheres. Currently the two countries are working very closely in areas like energy, power, education, culture, agriculture, trade and defense. The ongoing 2400 MW Rooppur Nuclear Power Plant Project is another milestone in the bilateral relations of the two countries. The two countries also enjoy excellent relations in multilateral fora and supporting each other in different common issues of mutual interests.

Bangladesh’s trade relations with the Russian Federation have been rapidly growing over the last one decade. But there are much more potential. The Bangladesh Embassy in Moscow is working tirelessly in bringing the business communities of the two countries both public and private closer than before. The recently concluded agreement between Bangladesh and Russia on the Establishment of the Intergovernmental Commission on Trade, Economic, Scientific and Technical Cooperation will no doubt help in developing broad-based cooperation between the two countries in various areas.

In the domestic front Bangladesh economy is doing exceedingly well. It’s the 39th largest economy in the world in nominal terms and 29th largest by purchasing power parity; it has been classified as a “Next Eleven” emerging market and one of the “Frontier Five” emerging economies in the world by Goldman Sachs and JP Morgan respectively. Massive investment in infrastructures including highways, railway, ports, power generation, telecommunication and human development is doing the miracle in Bangladesh economy. It is 2nd in world textile exports behind China. Pharmaceutical products, finished leather goods, consumer goods and electronics, electrical products, frozen foods, jute and jute products are the major exportable of Bangladesh.

Though we have a small diaspora living and working in Russia, yet they are playing a significant role in promoting business and economic interests between the two countries. The Embassy aims to provide them the best services.

Ambassador of Bangladesh to Russia